Still, even once you've made that dedication

Still, even once you've made that dedication, there's a pestering natural question that is a little while ago being raised. It goes like this: long before people had made sense of the entire cow thing, nature had its own particular groups of hoofed ungulates. Enormous groups of huge creatures maybe 60 million buffalo extending crosswise over North America, and perhaps 100 million impala. That is extensively more than the quantity of dairy animals now occupant in these United States. These were respectable animals, yet ignoble eructate hadn't been authored yet. They truly did simply belch. So why weren't they filling the climate with methane? Why wasn't their excrement giving off incredible amounts of climate modifying gas? 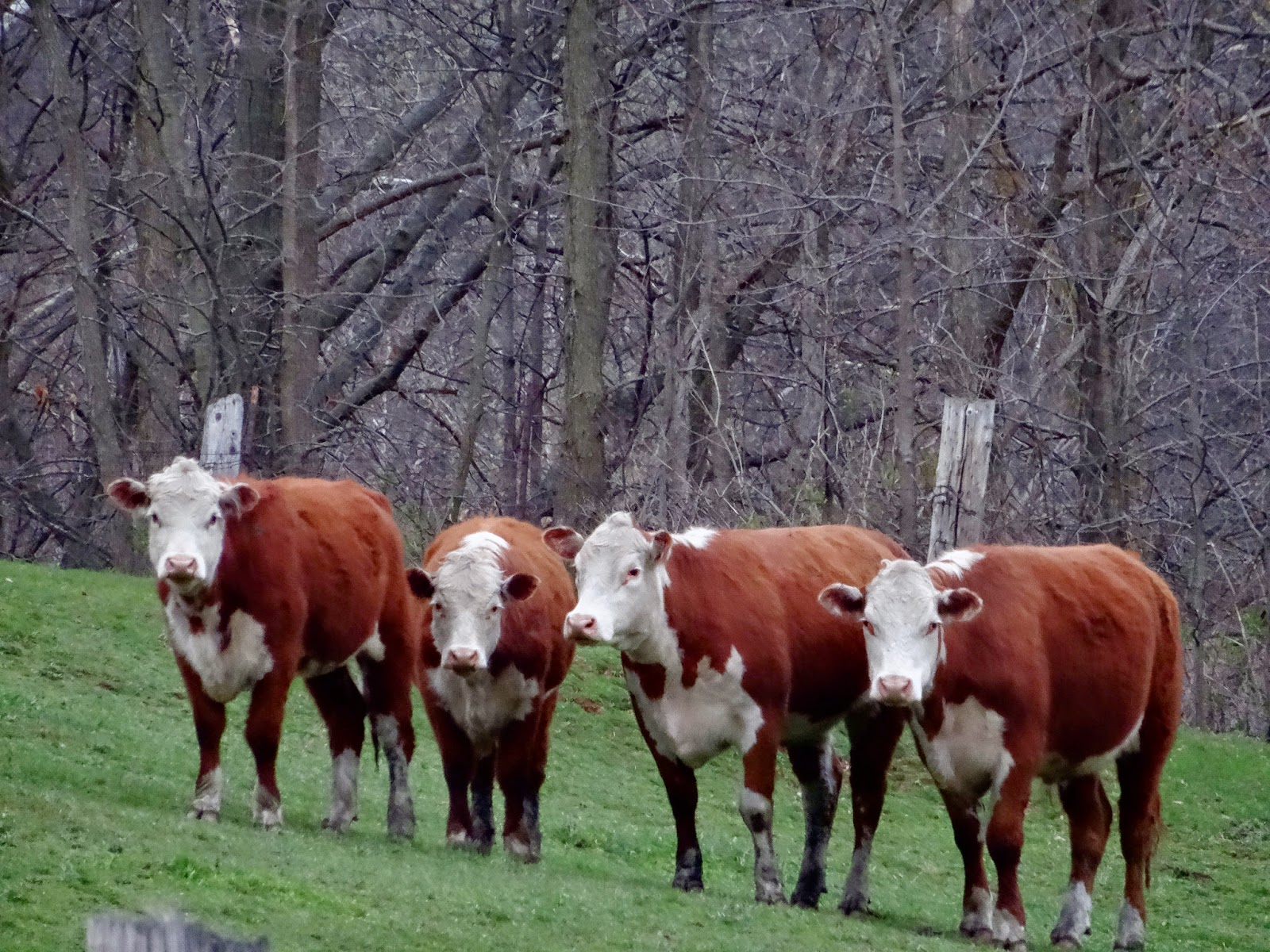 The reply, so far as we can tell, is both intriguing and possibly radical in its ramifications. These old-school ungulates weren't all that diverse in their pipes they were methane industrial facilities with legs as well. However they utilized those legs for something. They didn't stand still in feedlots holding up for corn, and they didn't stand still in enormous western government portions overgrazing the same delicate grass. They didn't stand still whatsoever. Perhaps they would have appreciated stationary life, however like teens in a residential community, they were consistently moved along by their own particular adaptation of the police: wolves. What's more huge felines. What's more in the end Indians. By predators.

As they moved, they continued consuming grass and dropping fertilizer. Alternately, as soil researchers would stated, they munched the same perennials a few times a year to "change over-the-ground biomass to waste and pee." Then manure scarabs covered the results in the dirt, supporting the grass to become back. These meadows secured places that don't get much rain—the Southwest and the Plains, Australia, Africa, much of Asia. Also all that prairie sequestered fantastic measures of carbon and methane from out of the environment late preparatory examination demonstrates that methane-cherishing microbes in solid soils will sequester a greater amount of the gas in a day than cows upheld by the same zone will discharge in a year.

We're level out of predators in many parts of the world, and its difficult to envision, in the brief time that we need to manage environmental change, finishing the consuming of meat and furnishing a proportional payback of wild ox and packs of wolves to all the vital spots. It's hardly less demanding to envision imitating those frameworks with cows. The key innovation here is the single-strand electric wall you move your crowd or your group on more than one occasion a day starting with one little pasture then onto the next, compelling them to consume everything that is developing there yet moving them along before they brush all the great stuff down to uncovered ground. Presently their excrement isn't an issue that fills a cesspool, however a key piece of making the framework work. Done right, a few studies recommend, this strategy for raising cows could put a significant part of the environment's oversupply of nursery gasses back in the dirt inside a large portion of a century. That implies moving from feedlot cultivating to rotational touching is one of the few transforms we could make that is on the same scale as the issue of a dangerous atmospheric devation. It won't get rid of the requirement for fundamentally cutting outflows, yet it could help recover the auto deplete you emitted in secondary school out of the climate.
Posted by Unknown at 04:53 No comments:

Cow tipping or cow pushing is the purported activity of sneaking up on an unsuspecting, upright cow and pushing it over for entertainment. The practice of cow tipping is generally considered an urban legend, as cows do not sleep standing up, and the implication that a cow can be pushed over and not stand up again is incorrect, as, unless injured, cows routinely lie down and can easily regain their footing. The implication that rural citizens seek such entertainment due to lack of other alternatives is also generally viewed as urban legend, stereotyping and insulting people who live in rural areas.
Posted by Unknown at 05:57 No comments:


Cattle (colloquially cows) are the most common type of large domesticated ungulates. They are a prominent modern member of the subfamily Bovinae, are the most widespread species of the genus Bos, and are most commonly classified collectively as Bos primigenius. Cattle are raised as livestock for meat (beef and veal), as dairy animals for milk and other dairy products, and as draft animals (oxen / bullocks) (pulling carts, plows and the like). Other products include leather and dung for manure or fuel. In some countries, such as India, cattle are sacred. From as few as eighty progenitors domesticated in southeast Turkey about 10,500 years ago, it is estimated that there are now 1.3 billion cattle in the world today. In 2009, cattle became the first livestock animal to have its genome mapped.

Humans are meant to eat meat - Sam Neil and a bicycle riding orang-utan have taught me that much. It’s just that I can’t bring myself to do it. I don’t need to devour a cow to get my share of iron, zinc, “added hormones” or mad cow disease.

When I’m outed as a vegetarian I usually face a barrage of questions, "Is it for moral reasons? Health? Are you taking a strand on behalf of the environment?" To be honest, like a Lemony Snicket story, my life has consisted of a series of unfortunate events that left me little choice but to relinquish meat and embrace lentils, beans, tofu and chickpeas.

I grew up in a typical 80s meat and three veg family. Pork chops, sausages, mince or corn beef, rinse and repeat, week after week. The revolving meat choice was always accompanied by a selection of bland steamed vegies. Tuesdays were the worst, sausage night. I couldn’t stand sausages, the ambiguous meat of the carnivorous world.

Dinner time at my house looked a lot like it does on The Simpsons, with my dad starring as Homer. In complete contrast to me, my father loves meat, and not in a gourmand way either. He can wolf down steak sandwiches, sausage rolls and mince pies at breakneck speed. The number of times I have seen him “cooking” bacon in the microwave, so he can get it into his stomach quicker, is frightening.

I, on the other hand, am the hippie daughter who turned vegetarian at 15. There were constant threats of sending me to some mythical camp for fussy eaters as well as taunts like, “you’ll never stick to it” which he double dared, even physical challenged me with. My mother believed I was going through a phase and refused to accommodate my behaviour. This meant a few years of potatoes and steamed-from-frozen vegies. Much like my potato-loving Irish ancestors, I persevered in the face of adversity.

I never really liked meat and then, when I was four years old, I visited Farmer Fenton, a friend of my dads. The good farmer had a living room full of stuffed animals, including an entire baby deer. He reasoned that Bambi would have died without its mother - whom he had, I later realised, also hunted down and killed.

Then there was Wally. “Hey Wally!” I would shout and wave at my cow friend as I pushed my bike up the driveway of my neighbour’s farm. He would raise his head, mouth full of grass, big brown eyes staring at me. Wally and I shared this cordial relationship for years until one day Wally was not in his paddock. "Where's Wally?" I asked my neighbour's dad. "Half of Wally’s in the freezer and the other half is at McDonald's." I never ate a Big Mac again.

I thought of Wally often after that, hurtling down the highway towards the meatworks. How did it all end for him? Thankfully, my young imagination was a lot kinder than what adult facts have taught me. The killing of animals by torturous means in industrialised abattoirs is something I am not able to get past.

The final straw came after years of dad’s animal noises at dinner time. Long drawn-out mooooooooooos, baaas and oinks, conducted between chuckles pushed me over the edge. He didn’t do it every night, just when he felt like eating my animal share of the evening meal.

So, at age 15, I drew a line and adopted the label “vegetarian”. It was official. Through my best friend Rina I was introduced to the wonders of Indian spices, pulses and veggie curries. I had never eaten such food in all my life! Soon I was trying out other ethnic foods - Lebanese falafel, hummus, baba ganoush - foods far removed from my mother’s culinary comfort zone.

When I finally travelled to India a few years ago, I found vegetarian nirvana. In a country where the cow is king, I was no longer fussy, I was the norm. I could order practically anything on a restaurant’s menu. No more, “oh look, you can have the salad” from my dining companions. And while I’m far from the tie-dye, hessian bag carrying hippie that usually frequents Goa, I finally felt like I’d found my people.

I don’t crave meat, I don’t like the taste of it. I think if most people had to kill their own meat rather than choose a plastic-wrapped portion from the supermarket, they would think twice. But, being a non-preachy type of vegetarian I will never question people’s dietary choices. I believe, however, that we have a long way to go before the industrial way we farm and kill animals can be called truly humane.

Those of the pro-omnivore persuasion get quite excited, ready to disprove the reasons behind my choice when they hear I am a non-meat eating freak. Cries of “foreign soy is more destructive than Australian beef” or “plants feel pain too” usually ensue.

As for my father, half my lifetime later, he seems to have accepted the ways of his hippie daughter. I’ve beaten him at his physical challenge. Whenever I go home, he jumps at the chance to host a barbecue in my honour, knowing full well his joking question of “how many snags do you want?” will only mean more meat for him.
Posted by Unknown at 02:31 No comments: